Losing Each Other when Caregiving as a Family 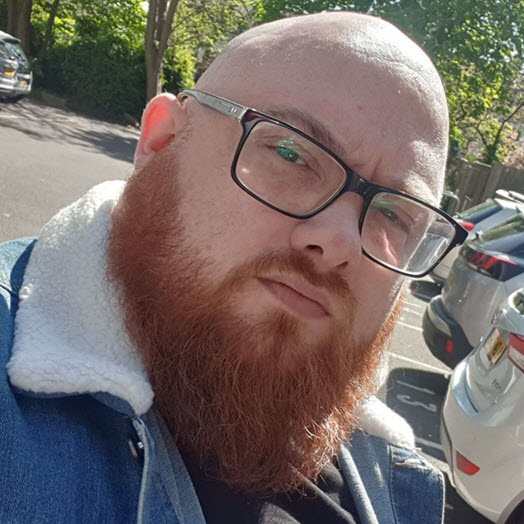 When his mum and brother needed full-time care, Dan Harding and his family were swamped with unmanageable emotions.

Note: Dan Harding has chosen to write his Life Effects contributions as a series (though they don’t need to be read in order). Here is Part One: Facing Anger and Uncertainty as a Young Caregiver.

When my mother was diagnosed with multiple myeloma (a type of cancer affecting the bone marrow in several parts of the body), the fallout shook my family to the core.

After she came back from the hospital, we all sat down together as a family and decided on the roles each of us would take on.

My sister had started a new job. My mum's partner was running his business. At 19, I was the youngest, so I had the most flexibility and fewest responsibilities outside the household. Although I had moved out of the family home two years ago, I packed up my things and prepared myself to return.

My day usually started at 6:00 AM, just as everybody was getting ready for work. My two-year-old brother, Ramón, had been diagnosed with non-verbal autism a few months beforehand, so I became his primary caregiver. My main jobs in the morning were washing and dressing him, making him breakfast, and getting him ready for preschool and his early development therapy.

Sitting with him during therapy sessions was as beneficial for me as for Ramón. Before Mum was diagnosed with cancer, I hadn't spent much time with my much younger brother. I was 17 years older and in a serious relationship. My rugby career meant traveling all over Spain, so I rarely had the chance to connect with him.

Over these two years, I hadn't seen Ramón as different from other toddlers. I noticed he was a bit shyer than other little kids and preferred being alone to playing with others. But, besides that, Ramón was just my baby brother.

Being his primary caregiver meant forming a much closer bond. As I sat with him during these sessions, I realized how much my brother struggled with eye contact, motor skills, and communication. Over time, his therapy taught me how his brain worked and how I could take better care of him.

But therapy isn't an instant fix, and my brother wasn't a piece of machinery with a manual. At first, I hoped that if I "followed instructions," caring for Ramón would be relatively straightforward. I loved him, and he would love and trust me. We'd be a team!

In reality, I became the "bad guy" to Ramón within a matter of weeks. Although I knew he would communicate his needs differently to me (and even other kids his age), everything was getting lost in translation. I would know when he was angry and frustrated, but I rarely understood why. I was relying on guesswork, which, most of the time, wasn't good enough.

Our relationship was strained, but we reached a turning point

I was also in charge of ensuring Ramón practiced the skills we learned in his therapy. To be blunt, he hated it and resented me for making him do it. Otherwise, he was actually an affectionate toddler with most of the family. I received the same love until my little brother began associating me with stuff he didn't like.

At first, it hurt because I loved him a lot and was trying hard to make "practice" more fun and rewarding for him. When love on his side turned to rejection, I worried that any bond between us was in jeopardy.

But I kept going. I knew, deep down, that giving up would be much worse for both of us, and that feeling pushed me through. Now, almost two decades later, I'm so proud of how far Ramón has come - and I'm proud of myself, too.

The turning point came when I recognized that I needed to immerse myself into Ramón's world rather than try to pull him into ours. And all the difficult early work, like practicing eye contact, defining shapes, and improving our communication, has made all the difference.

I didn’t have much capacity to deal with others’ grief

Sadly, Ramón's father was in total denial about his son's condition. My opinion on him aside, we didn't get on. In his eyes, I was too old to be his stepson but too young to say or think anything worthwhile. He stubbornly stood by the idea that Ramón would "grow out" of his autism, so all my work was pointless. He also believed my mum would be fine soon enough. He buried his head in the sand and treated his life - and the lives of others - like a waiting game.

As Ramón's father "waited," he began to fall back on old habits, like treating his problems with alcohol and substance abuse. I couldn't accept his behavior, so I was like, “F*** you, man," and wrote him off. Regardless of how I felt about him, I was intolerant of his struggles and the stresses he was under as a father and partner.

We all have our ways of dealing with hard times. While I stay calm and pace myself, my sister, Victoria, goes a million miles per hour, the same as my mum. Although we shouldn't expect anyone to react the same way as ourselves, the mishmash of caring styles caused conflict.

But shared mindsets don't necessarily work in anyone's favor, either. My sister and mum often fought, the shouting masking the cause for it all: fear, not anger. Victoria would help out all the time she wasn't working. At the time, she was also struggling with depression, as would I a few months later.

Mum started to start fights with, and alienate, everyone. We knew it was due to her mental health and physical reaction to her treatment, but that didn't make the hurtful words easier to bear. As I preferred to put on a stoic front, my family decided that I "handled" her best, but there were many times when I snapped and couldn't control my emotions.

Calm explanations turned to angry rebukes. Family and one-to-one talks would descend into arguments. We tried to have a "tomorrow will be better" attitude, but the tension never dissipated. Resentment from the day before, and the days before that, would grow until it led to a breakdown.

As a group, none of us knew much about mental health. The attitude was, "These are difficult times, so, yeah, you’re going to feel stressed." Our household quickly became a toxic family environment, with us running into issues we couldn't see or understand. Once close-knit family members began to avoid each other or put a hasty patch on any problems.

The number one priority was helping Mum, and we focused on all the physical stuff. Cooking, cleaning, child care, shopping, etc. None of us had the capacity or the patience to deal with things as abstract as feelings.

Of course, our lack of emotional equipment caught up with us all. The backlash was huge, and it took years for those scars to heal.

This is my caregiving story, and it's not always an easy one to tell. In many caregiving articles, we're encouraged to share and examine the bad stuff. Still, we're also expected to paint an "optimistic gloss" over it by the last paragraph. But, in real life, there isn't always a magic answer or one-size-fits-all advice.

My caregiving journey has had many good, inspiring, and loving moments. I will share some of those in another article. But, in the case of changing family dynamics and emotional healing, sometimes things can’t be wrapped and tied with a neat bow.

Note: The information presented is solely for educational purposes, not as specific advice for caregiving methods. Please consult a professional who can apply best practices and appropriate resources to your situation.

4 Caregiving Myths that Stop Us from Asking for Help

4 Ways to Ease the Stress of Family Caregiving

Caregiver Stories – Words of Wisdom from People Who’ve Been There