How Cancer Changed Me as a Person 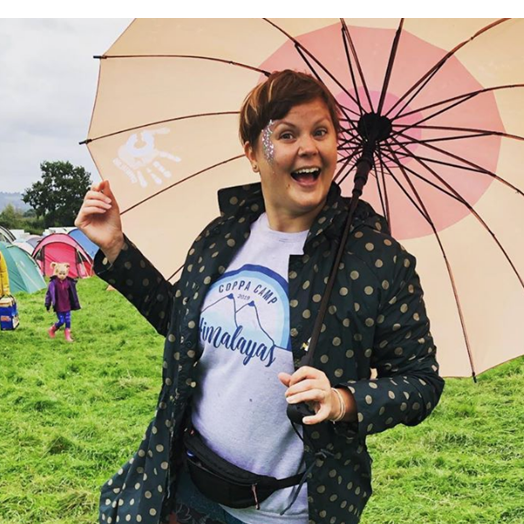 Cancer is traumatic, but sometimes trauma can birth growth.

It was a few years after my cancer treatment that I first heard the expression “post-traumatic growth”. Until then, I’d never really considered that what I had been through when I was diagnosed with breast cancer at the age of 26 was a trauma.

Trauma was something that happened to other people. As far as I was concerned, post-traumatic stress disorder was something that war veterans got, or that victims of violent crimes lived with. It didn’t apply to me as a young woman who had nightmares about cancer treatments and cried whenever surgical scenes were shown on TV.

Over time, I came to accept that cancer was a trauma.

I began to realize that the experience of hearing the words “you have cancer” combined with nine surgeries over three years, six chemotherapy sessions, fifteen radiotherapy sessions and countless blood tests, scans and other procedures had left me traumatized.

It’s ironic because if I saw that list written down and applied to someone else, I would have been the first to say “well of course you’re traumatized!” Yet, it took me a long time to admit to myself I had been damaged by cancer in a lot of ways.

What is Post-Traumatic Growth?

It was my friend Sophie who first talked to me about post-traumatic growth or PTG. While PTSD is the condition caused by trauma, PTG is a theory used to describe the positive transformation that can sometimes follow trauma. Developed in the mid 90’s by a group of psychologists, the theory suggests that people who endure psychological struggle following adversity can often see positive growth afterward.

Richard Tedeschi and Lawrence Calhoun, who developed the theory, went on to create the Post-Traumatic Growth Index (PTGI), a 21-item scale used to evaluate the personal growth that follows a stressful encounter by exploring five factors:

The index asks participants to consider how their attitudes have changed to things like their priorities in life, a better understanding of spirituality and their approach to compassion.

I am the first to say there is too much pressure on those who have had a cancer diagnosis to be #grateful all the time. We shouldn’t jump to the conclusion that growth happens after every trauma, or that it happens to every person who experiences a trauma. But personally, I have seen a great deal of growth in myself since I was diagnosed over five years ago.

My own growing experience

It sounds cliché to say it, but I am not the person I was before I was diagnosed.

Some of that may be to do with age – I’m 31 now and I realize just how very young I was at 26 and how much I still had to learn about being a human. I am still young and I still have a lot to learn, but I do feel like cancer has allowed me to grow and expand in ways I didn’t expect to.

My priorities have shifted dramatically. I have always been very much of the “work to live” mentality, but that notion is now fully embedded into my DNA. No more will I work long hours or get hung up on the idea of getting promoted. That’s not to say there’s fault in doing those things – but the suspicions I have now that those things are not for me have been confirmed. I’m not sure I will ever go back to working a 40 hour week, nor will I probably earn huge amounts of money (the two are likely related) but that’s OK. I’m happy to be where I am.

I’m also far more spiritual than I ever used to be, something which I think has come as somewhat of a surprise to the friends and family who have known me for a long time. I’m not going to church every week or reading The Bible every day, but I have more certainty about where spirituality fits into my life. I believe in something bigger (whether that’s a God or a Creator or The Universe) in a way I never used to.

There are so many other places I’ve seen growth too. My belief in compassion as a base-level requirement for life has swollen hugely. My life has shifted onto a completely new path. I never imagined I would become trustee of a national charity, nor did I expect I would be working to create art around cancer experiences, but these are two things that have had a massively positive impact on my life.

I struggle with my mental health, but I still appreciate pretty much every day the sun rises. If something isn’t right, I’m more likely to change it than I ever would have been before my diagnosis.

And it’s not just me. I’ve heard these stories on my podcast, I see so many of these changes in the wider cancer community. The writer Sophie Sabbage says that getting a cancer diagnosis puts you on notice that you are not immortal and I think that’s the reason many of the things in my life have changed. I feel like I have less time for nonsense than I used to.

Not everyone experiences this and that’s OK too!

Despite my own experience of growth, I am always wary of being evangelical about it. I know many people are more than happy to put their experience of cancer in a box and carry on with their lives as they did before and that is totally OK. More than OK!

There is so much weight applied to cancer “survivors” to be a certain way and to live a certain life, but the truth is there is no right or wrong way to live life with or beyond cancer.

Sometimes I wonder if I would give everything I’ve learned back, undo all the growth, if I could also give back the experience of having a mastectomy, of being carried to the toilet when the chemotherapy side effects got too much, of crying a lot and living with a lot of heartbreak.

I don’t know what the answer is. There’s not much point thinking about it for too long. What I do know is that there’s still so much more to learn, and so much more growing to do, and I hope to be here to do it for a long time.

A Letter to Myself: 5 Years After My Cancer Diagnosis

4 Tips to Manage Relationships After a Cancer Diagnosis

Coping with Survivor's Guilt and Cancer