Brain Rebellion: What to Do When Your Mind Works Against You 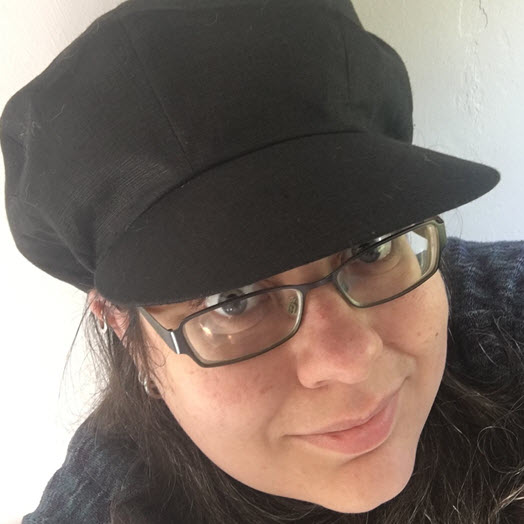 Sarah Bailey explores “psychological resistance” and how to overcome the barriers of negative thinking.

Do you ever feel like your subconscious is holding you back? Like you could achieve so much more if only your brain would kick into gear?

My brain can work against me in two ways, often preventing me from achieving my goals. Both are annoying, and both have taken a toll on my life.

But I know one thing about these types of brain rebellion: they can be stopped. It takes a lot of effort, but it can be done.

I just have to keep mindful of them, that's all.

Brain rebellion, scenario #1: the gates slam down on progress

New Year's Day has now long gone. And, for many of you, I bet your healthy New Year's resolutions have petered out too.

That's not surprising - even for people who don't have to battle daily brain rebellion. According to Business Insider, 23% of people drop their New Year's goals after only one week. Of the remaining 77%, only 19% of people keep up their healthy new habits long-term (2 years or more).

However, for many of us, the desire to change habits and achieve goals happen more than once a year. Inspiration can strike in April, August, at 3A.M. after a party, or on a dull and dreary Sunday afternoon.

Suddenly, that creative project, online degree, fitness routine, or business venture seems like the key to a new life and a new you.

You spend ages mapping out the essentials for your new life. You may even get a bit trigger-happy with your credit card and make a lot of optimistic purchases.

Then, as time passes, you ignore any texts asking, "How's the new project going?" You wish your friends would forget about it - why aren't they concentrating on their own lives?

No matter what you do or how much you want to get started, your brain whispers "tomorrow" whenever you look at that pile of equipment gathering dust.

Oh, and here's the fun thing - you listen to that whispered "tomorrow," and your brain pulls the old bait-and-switch.

"It was a stupid idea, anyway."

Say that I’ve lost touch with an old friend. Rationally, I know life gets in the way for everyone. All I need to do is send a text.

But anxiety isn't rational (more on that later!). As soon as I reach for my phone, my nervous system starts squeaking at me:

"Maybe there's a reason they didn't get in touch! Did you do or say something stupid last time?"

"What if you send a friendly message and get nothing back? Do you know how disappointing and EMBARRASSING that is? Best to leave things alone!"

My panicked brain affects everything from friendships to how I write.

Why bother writing if people won't like what I've written? Could my last post be construed as offensive in any possible way? Was it boring? Under-researched? Over-researched?

The accusations and "what-ifs" run me ragged, yet my brain never gets tired of overthinking.

But, to some extent, this is normal. Even the most self-confident, self-aware people do this. They're just better at battening down the hatches and carrying on.

Unfortunately, the human brain is wired to remember being let down. We also remember arguments and various disappointments with different levels of severity. We may forgive a friend for flaking out on plans, but we won't forget. However, we'll quickly forget past praise, fun outings, and times when the same friend had our backs for granted.

Does any of this sound familiar? Yup, your mind is working against you.

So, what's going on in our grey matter?

Although I said declining motivation, anxiety, and intrusive thoughts are normal, brain rebellion is still frustrating.

Essentially, mental resistance is a physiological force you may experience in the face of change. Resistance causes us to make unconscious paradoxical decisions. So, no matter how excited or motivated you are, your psyche naturally moves counter to change without your conscious self realizing it.

Although we live in a fast-paced society, we're not wired for change. Even if the pros far outweigh the cons when changing a habit, our subconscious will push against it. And it's doing that to protect us.

For example, we're taught that logic and rationality will always pay off. In reality, they don't - not always. Have you ever worked hard for a promotion just to see it go to someone else? Or started a new form of exercise that totally wrecks your knee within a few months?

Logically, it doesn't make sense. Hard work should get us where we want to be. Exercise is supposed to make us fit and strong.

Meanwhile, someone else becomes internet-famous overnight with an impulsive viral video. Or someone puts close to their whole paycheque on a roulette game, then walks out twice as rich as before.

However, our subconscious brains are determined that planning and perfectionism = good, and impulsivity and risks = bad. After all, people with high levels of impulse control are likely to have better relationships, greater career stability, and fewer stress-related illnesses.

So, suppose you injured your knee or missed out on that promotion. In that case, that's on you for 1) not planning adequately, 2) not being perfect, and 3) taking an unnecessary risk (says your brain).

We think risk-taking is the opposite of rationality. In reality, we're just really bad at being rational

Truly! Some schools of thought claim that even the most "sensible" among us are terrible at being rational.

Humans pride themselves on their capacity for reason - it's why many psychologists and other scientists distinguish us from other animals. However, emerging attitudes suggest that humans are uniquely irrational.

For example, many of us think we are just, virtuous, and moral. But we also believe the "average person" is less ethical than we are. Equally, when we're presented with facts that go against our views, we see that as an "attack" on our characters. Suddenly, our sense of identity seems undermined.

Studies also show that we tend to be overconfident about how much we know. When we're convinced we're right about something, we stop pursuing materials to further our knowledge.

Yet, at the same time, many of us are easily paralyzed by doubt and worry when making decisions. We hesitate and deliberate, then continue to doubt ourselves after making our choices. Meanwhile, other animals make instant decisions suited to the type of creatures they are - it's instinct. We never look at a lion and say it was wrong to eat a zebra!

So, whether we're overconfident about our views and identity or doubtful about our choices, one thing remains the same: neither over nor under-confidence promotes change.

Our brains need to learn that risk-taking isn't the enemy

Heads up: taking intelligent risks isn't the same as being impulsive. And as well as being arguably irrational, people are generally terrible at judging how risky something is.

Without risks, we can't develop. Without caving into our occasional impulses, we can't learn. Yes, your plans to do something new may appear highly illogical and/or risky - to other people. But remember, rationality and logic aren't invariable to anything but computers.

Here are my tips on how to beat brain rebellion and start living the life you want.

Remember, any negative thoughts you're having are normal. You’re not alone; we have all come across the wall that lives in our heads.

Next, you want to counter the negative with a positive. It might help to try and write down positive things to help you remember them. Keep copies of times you have been praised via email and photos of moments when you have felt accomplished.

You can also think about talking back to negative thoughts. Tell them that it isn't your fault that something has gone wrong. Sometimes just pushing back on those thoughts and saying, "Look, brain, you’re wrong, I know you’re wrong," can help.

My dad told me to name my negative thoughts – I couldn't think of a name, so he called them "Theodore" on my behalf. So, this way, I'm telling "Theodore" to be quiet and that he isn't right.

One thing that can help some people take control of their negative thoughts and move on from that space is meditation and learning to clear the mind. However, the trick here isn't to ignore negative thoughts but rather to allow them to come and then let them go.

This hopefully will allow you to become more mindful.

It’s a technique that needs practice and time, and it's something I have yet to master. However, for some, it works well.

When it comes to negative thoughts overtaking your life, the best thing you can do is talk it out with someone, be it a loved one or a therapist.

If you find it hard to speak about at first, then writing it down might help. Just let the words flow from your mind onto the paper. It doesn't have to make sense, and it doesn't have to be written well. You just need to get it out.

Once it's on the page, you can talk through those thoughts and feelings and try and counter them productively, either with someone else or on your own.

It isn't always a bad idea to just take a step away from whatever you’re doing and distract yourself. Of course, this isn't something you can do in every situation (walking out of a work meeting, for instance, isn't the best idea).

But if you're struggling and it’s an appropriate situation, you could try and distract yourself. This doesn't mean forgetting or denying the issues causing your thoughts. It does, however, mean giving yourself a break.

Sometimes, this can be useful when I want to do some housework, but my physical health holds me back. My brain then gets into the old: "You used to be fine doing this, so why are you useless now?" mode. So, instead of entering a full-on shame spiral, I might distract myself by working on my blog and going back to do the housework later.

As well as finding ways to help yourself cope when the negative thoughts hit, it’s also worth trying to work out what makes them worse. I don't mean finding the exact cause, just identifying the things that make your negative mind shout that little bit louder.

For example, not getting enough sleep can make it easier for your mind to wander and allow those thoughts to settle in. Drinking alcohol can also be a trigger. After all, alcohol is a depressant; it can influence your thoughts, feelings, and actions.

Being ill, suffering from allergies, and hormones can also cause your mind to crash.

We all struggle with our minds holding us back, so don't feel alone. However, there are ways to help bring our minds back to the present and face those thoughts head-on. Don't be afraid to counter those negative voices. Give them some home truths and remind them you’re in charge.

You're NOT being impulsive or illogical. You're moving towards taking intelligent risks. But only you can make the changes you want to see.

Is this a Heart Attack? When Panic Attacks Hit Hard

6 Things to Know about Your Partner with Heart Failure