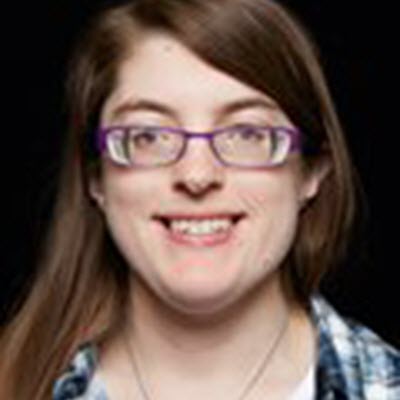 Feeling isolated after her asthma diagnosis, Kerri MacKay went in search of others who shared her experience.

Editor’s note: If you or your loved one is living with asthma and are concerned about the impact of COVID-19, please refer to the CDC or FDA for healthcare information and advice.

When I was diagnosed with asthma a month before my 17th birthday, I struggled to find people like me.

It seemed like everyone else had either figured out their asthma already, or were in the process of figuring it out. Many, if not most people, were diagnosed as kids. I hoped to find someone like me — someone who’d been diagnosed in their teenage years.

My friends from school with asthma seemed to have everything under control. Most only needed one inhaler that they used a few times a year. I was on a hunt for “my people,” and the hunt wasn’t exactly easy!

Eventually though, things began to fall into place. Here’s how I discovered my asthma family.

Planting the seeds: The online community

In December 2008, I started a blog. At this point, I’d been living with asthma for 10 months and found the blogs of a few people who would soon become my friends: Stephen of Breathinstephen, Amy of The Asthma Mom (her blog has since been taken down for her daughter’s privacy), and Danielle of Life with These Lungs (also since removed).

As a newbie, these three in particular gave me insights that only veterans of a lifestyle could provide. I’d finally found my people.

I identified most with Danielle. Like me, she was a 20-something Canadian university student. Sometimes we’d find each other online at the same time, rapidly commenting on someone’s blog post in what we called a “blog comment party.” These people became my core group of asthma friends in those earlier days with asthma.

As the years progressed I connected with more and more people. Though at first not a blogger, Elisheva from Israel became one of my closest asthma friends early on, and we still chat regularly. John from Michigan, the author of the popular Respiratory Therapy Cave blog and a respiratory therapist, would also join our discussions. Eventually I’d even become close with people in Europe, like Natasha from the Netherlands and Olivia from Scotland.

In 2015-2016 I became very close with a young woman named Simi from England. Our friendship went beyond asthma. We spent hours on Skype talking about life and future plans, and sought tips from one another. We watched hours of The Jeremy Kyle Show on YouTube after she showed me how much of a train wreck it was. We even wanted to go to a live filming one day, but never got the chance.

Sadly, Simi passed away unexpectedly of asthma-related causes in August 2016. It was the first time I’d experienced the loss of someone I’d never met in person. But just like losing an “in person” relationship, it was tough. I’d texted her from a concert mere hours before she passed.

A primarily “online family” becomes much the same as an in person one. You ride out each other’s waves together, experiencing triumphs, sorrows, laughter, frustration, and, as in reality, death. At this time too, I found comfort in the online community that grappled with losing Simi along with me. Several of her closest “in-person” friends in the UK were ones she had also met because of asthma.

I’ve been fortunate to take many of my online asthma friendships offline.

The first friend I met in person was Rona. We met at a vegetarian restaurant in Chicago, and I’m pretty sure we didn’t discuss asthma — just the way it should be! Then, I met Stephen in September 2012 in San Francisco. In some ways Steve and I couldn’t be more opposite and in many, we couldn’t be more similar. It’s why he’s easily one of my best friends.

D and I have only met twice, both times at Chinook Centre in Calgary where we bought too many Jelly Bellies. And then there’s Dia. I can’t even begin to count how many hours we’ve spent on the phone, in addition to the times we’ve been able to spend together at conferences and when I’ve been in Toronto. Dia and I also exist in similar worlds involving sport and non-profits.

My asthma family consists of the people with asthma I am closest to online, a number I could probably count on two hands.

The opacity of the computer screen

I’ve probably taken more “advice” than I should from people I only knew via a computer screen at the time. While you should always consult a doctor first, these people and their experiences are what took me from surviving and existing with asthma to thriving.

When you’re building an online family, you get to choose. There are too many people living with asthma online who only see the negatives. Be discerning about who you choose to become close to. You don’t have to be the hero, and you can choose not to deal with the people who seem overly dramatic.

The impact of growing roots

Just like with any friends, you become friends online with the people who you share mutual interests with, the people who think like you do, and those with similar desires.

There’s the cliché that you can pick your friends, but you can’t pick your family. The “asthma family” is a bit of both — we don’t get to choose having asthma, but we do have a choice in the people we share that experience with.

And, like all friends, it’s important to choose the people who are going to be a positive influence on you and build you up to be better — even with asthma. So, when planting the seeds for your “asthma family tree,” start by ensuring you’ve got the right mindset about asthma, too. This way, your roots won’t drag you down, but instead allow you to flourish and grow where you’re at.

Visit our COVID-19 Updates page to find more articles like this and the latest Teva news and resources.

The individual(s) who have written and created the content in and whose images appear in this article have been paid by Teva Pharmaceuticals for their contributions.  This content represents the opinions of the contributor and does not necessarily reflect those of Teva Pharmaceuticals. Similarly, Teva Pharmaceuticals does not review, control, influence or endorse any content related to the contributor's websites or social media networks. This content is intended for informational and educational purposes and should not be considered medical advice or recommendations. Consult a qualified medical professional for diagnosis and before beginning or changing any treatment regimen​.

For US residents only: https://lifeeffects.teva/us/

For European residents only: https://lifeeffects.teva/eu/