Teva’s Asian Heritage group in North America has become invaluable to a large section of employees, offering career development support, making their working life more enjoyable and sociable, as well as reinforcing the importance of a culturally diverse workforce.

Co-leader of the group, Marazban Sarkari, who is based in the West Chester, Pennsylvania site, says this employee resource group (ERG) has become an integral part of their working life. “It has helped create a greater sense of community among members but also allowed us to promote our culture to the wider organization through the range of activities we have organized, encouraging more inclusivity,” he explains.

The first event held marked Diwali, the Indian festival of lights. It proved to be a popular theme with many members volunteering to help out. The cultural evening was held in the work cafeteria during the week of the festival with the group bringing in a variety of Indian food dishes for employees to sample, and putting on a display of traditional decorations, costumes and dancing.

“We put lights up, and we had a photo booth where people could try on traditional clothes and have their picture taken,” explains Marazban. “We also had a map of India with the word ‘Teva’ written in different languages on it to mark the areas the languages are spoken.”

“It was all very well received,” he adds. “People were curious about what we had on display and were asking lots of questions about India. More than 100 showed up.” With the event creating so much interest and proving popular, the group then organized an event to mark the Chinese New Year. Again, it featured music, dance and traditional food as well as a presentation on the Chinese Zodiac. Red envelopes containing candy were also handed out.

“Expectations were raised so they had a better turnout. The events were a lot of fun,” says Marazban. Not just wanting to focus on cultural events, the Asian Heritage group was keen to support the Latino/Hispanic Heritage ERG, which had come up with the idea of putting on a healthy living fair, promoting the importance of good diet and exercise.

“The Hispanic Heritage group wanted to encourage health, fitness and good eating habits. So we helped them put on a week-long event that provided information and brochures for employees to look at and take with them,” says Marazban. “Again, it generated a good amount of interest.”

The success of the group’s events had a really positive effect. Its increased activity raised its profile, with the result that member numbers grew significantly from around 20 to 30 active participants to over 100.

“The group brings together people from different groups and teams and structures. But what is great is that there are no formalities or hierarchies when we meet, we are all equal which helps build our ties. It’s also useful for us in terms of helping us develop our career goals, for example, via mentoring and career-focused events.”

The North American networking group for employees of Asian heritage has gone from strength to strength, successfully engaging with its own members as well as employees from the wider workforce. Marazban, who is Director of Third Party Operations at Teva, became involved with the group in 2016 after having been at the company six years. It’s fair to say it had languished a little and events were not very regular, he explains. 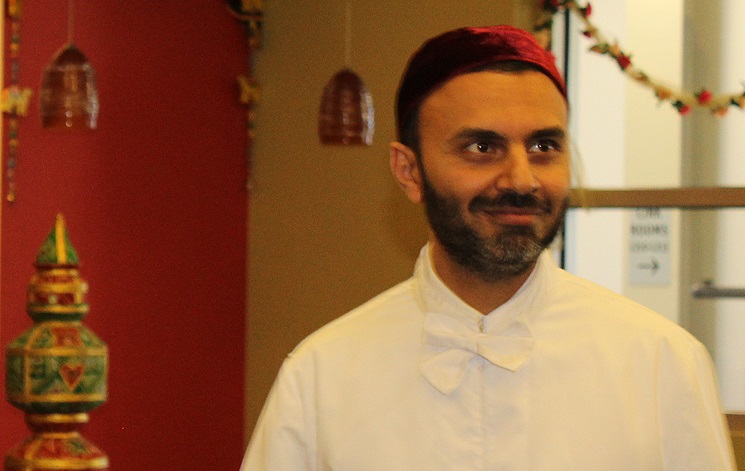 “I was invited to join though I didn’t really understand what the group was about. The company needed new volunteers to lead the group and at first I was a little hesitant but people seemed keen to help revitalize it, so I agreed to volunteer.”

In fact, Marazban ended up signing on as co-leader along with Rasheeda Juaire.
Because the facility he is based at in West Chester, Pennsylvania has a high proportion of employees with an Asian background – around 30 percent - it was easier to plan and organize events, he explains.

Aside from the social aspect, the Inclusion Network at Teva (employee resource groups based on shared characteristics or life experiences) aims to empower and support employees’ careers.

Marazban explains that they participated in a mentoring program, which brought together groups of workers from different departments and functions to meet around six to seven times a year. There were some key benefits although it was challenging trying to find free time in people’s schedules, says Marazban.

“We were able to make new connections and discuss our next career steps. It was an informal setting so people really opened up. And we would try to help each other, if possible, in advancing people’s goals or ambitions, for example, by putting someone in touch with a colleague or peer of ours that might be able to offer advice or further support.”

In addition, the Asian Heritage Network sponsored a professional development panel that was open for any ERG to attend, and which employees could listen in to and ask questions over a phone line. Senior leaders from various fields including the sales team, R&D and Human Resources were invited to speak about how they climbed the career ladder and what attributes helped them be successful.

While many large employers have created business networking groups for their diverse worker populations, they aren’t always a success because people are reluctant to participate or can’t see their value.